Istvan Kopar was born in Budapest, Hungary, in 1953. Despite growing up in a landlocked country behind the Iron Curtain, Kopar was determined from a young age to be a sailor and a circumnavigator. At age seventeen, prior to attending college, he joined the merchant marine to learn about the sea. He worked for MAHART (Hungarian Shipping Company), from 1971 to 1984. Kopar traveled the world over the course of his career, and has stated that he “lost count after visiting over 100 different countries.”

Kopar has worked as a naval officer, sailing racer, and instructor. He started his own marina/charter operation and sailing school in Europe in the 1980s. He served as one of the operational managers of the biggest vessel recovery company in the U.S. from 2000 to 2010. He has taught at Sea School, Fort Lauderdale, and is an instructor trainer for U.S. Sailing. He is also a USCG-licensed commercial captain.

Kopar’s proudest accomplishment to date was his solo one-stop circumnavigation of the globe, 1990-1991. He built his own boat for the voyage, Salammbo. Due to his shoestring budget, Kopar sailed without GPS, autopilot, radar, a water-maker, or any heating device. He was forced to rely on the use of a sextant and manual plotting for determining his course, and upon Morse code for weather forecasts. His first book, Kihivas (“The Challenge”), details his adventures on this voyage. After Kopar returned safely home, Salammbo was exhibited at the 1992 World Expo in Seville, Spain, alongside a replica of the Santa Maria, and the U.S. Space Shuttle Discovery.

Kopar holds a Bachelor of Science in Maritime Studies from the Technical University of Budapest, as well as a Bachelor of Science in Economics/Foreign Trade from the College for Foreign Trade at Budapest. He is fluent both in English and his native Hungarian. Kopar moved to the United States in 1994, and became a naturalized U.S. citizen in 2000. He has two adult children, and currently lives with his wife in Boca Raton, Florida. 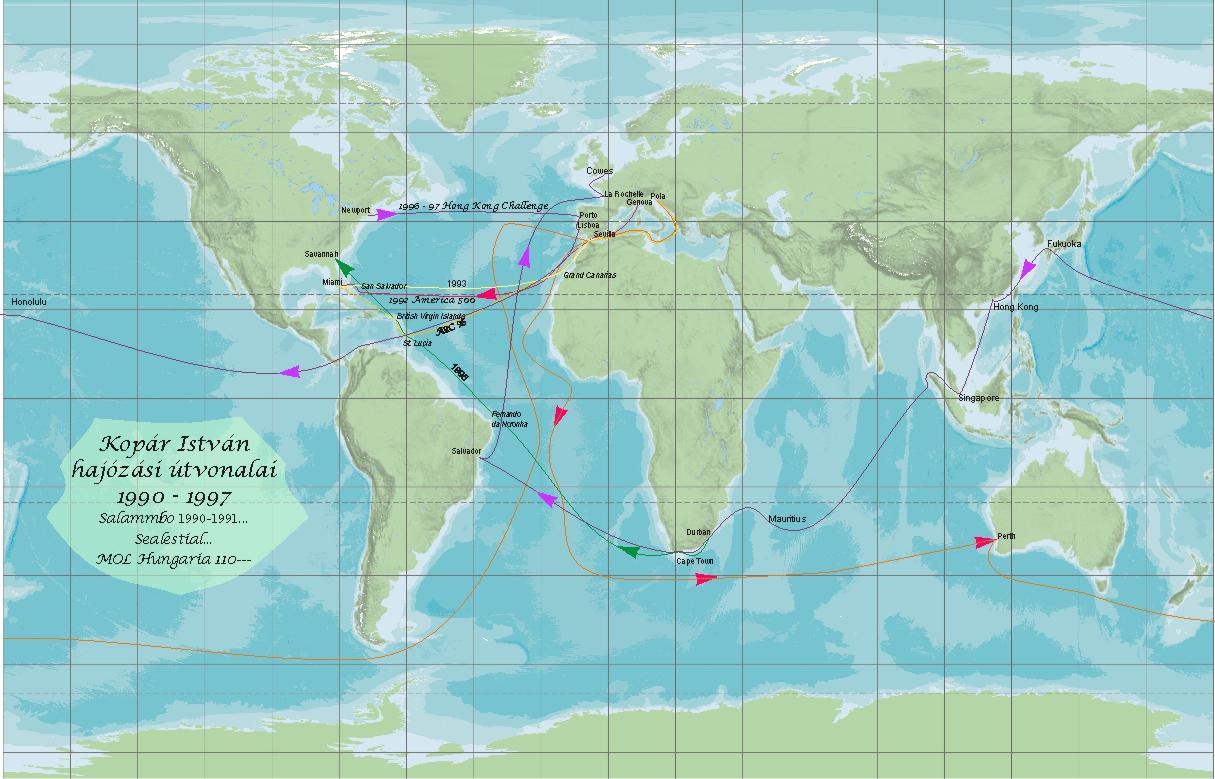