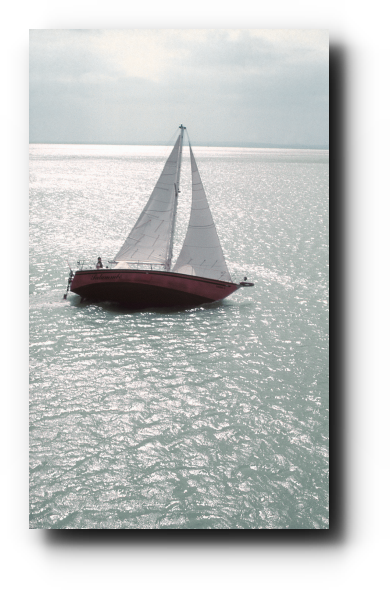 Kihivas” is the Hungarian word for “challenge.” It is the title Istvan Kopar chose for his first book, which chronicled his adventure sailing solo around the world on the 31-foot yacht Salammbo. As Istvan explains in his book, the challenge went far beyond the journey itself. In many ways, it was even more difficult to prepare for it—and to remain committed in the face of ever-growing obstacles along the way. The challenge also had a much deeper meaning for Istvan than simply accomplishing something few sailors had ever achieved. It was a chance for him to assert his independence in spite of his struggle for freedom at home.

For Istvan, the spirit of “Kihivas” did not end with the completion of his first circumnavigation, nor with the publication of his book. It is a concept that has driven him throughout his life, and one that continues to make him strive to test the limits of his courage and determination. Istvan’s pursuit of “Kihivas” is the lifestyle he has embraced. It is the belief that there is more beyond every finish line, that every success is merely a stepping stone to the next goal, and that any dream is possible for those who dare to pursue it.