On October 10, 2017, after over two years of extensive refurbishing, Puffin was finally relaunched. This marked the first time the yacht had touched water in a decade. Johanna and Matt Nally–the widow and son of Puffin‘s original skipper, John F. Nally–made the long drive from upstate New York to take part in this special day. Around the time of the midday high tide, they joined Istvan as he and Seawanhaka Boatyard workers made final preparations. At approximately 1:45pm, Puffin was officially afloat once again. Matt Nally hopped aboard to help Istvan make some adjustments to the rigging. Team Manager Ian Gumprecht was on hand to help with Puffin‘s docking, while Webmaster Robert Farrelly took photos and video. Seawanhaka’s chaplain, Father Jesse, presided over a special blessing to mark the occasion. Afterwards Ian led everyone in a champagne toast. Johanna and Matt Nally also surprised Istvan by presenting him with the Crucifix that John Nally always kept aboard Puffin–which Istvan promptly affixed to its original location inside the cabin. 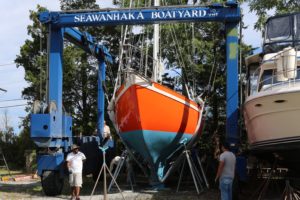 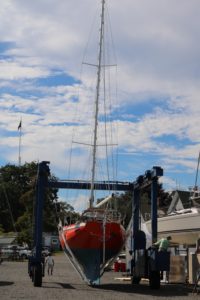 Puffin‘s trip across the boatyard begins 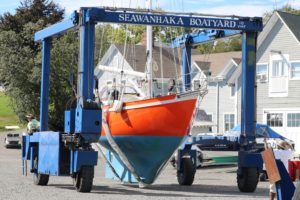 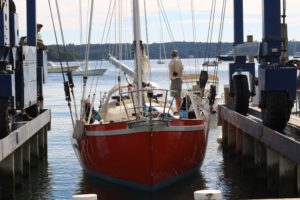 Puffin is officially launched at 1:45pm 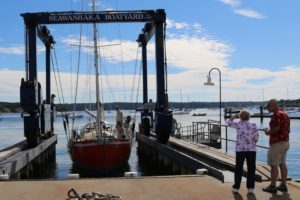 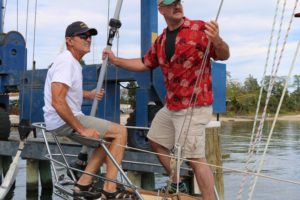 Istvan on the bow of Puffin with Matt Nally. Matt and his late father, John, bought Puffin in England in 1986 and sailed her across the Atlantic together to her new home in the U.S.A. 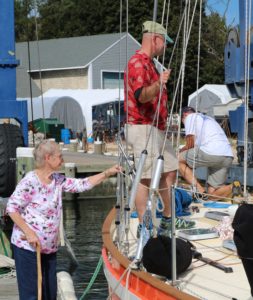 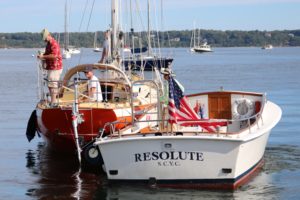 Puffin is towed to the service dock 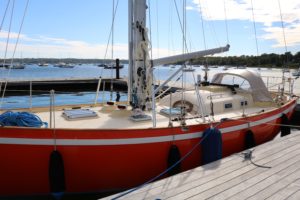 Puffin at the service dock 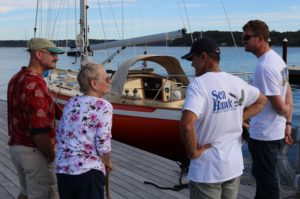 Team Manager Ian and Istvan discuss Puffin‘s history with her original owners, Johanna Nally and her son Matt Nally. Matt Nally and his late father John sailed Puffin across the Atlantic after purchasing her in England in 1986. 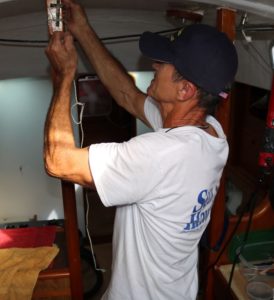 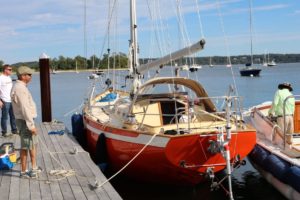 What a good-looking Lady! 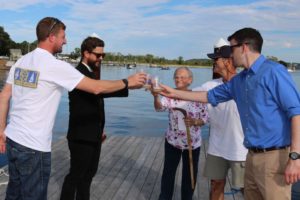 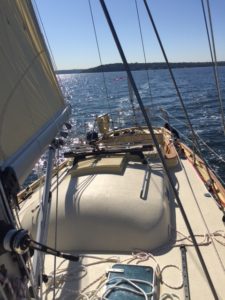 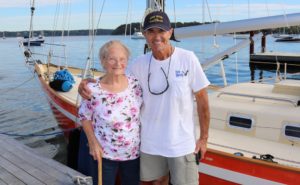 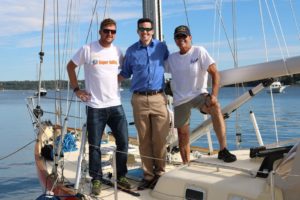 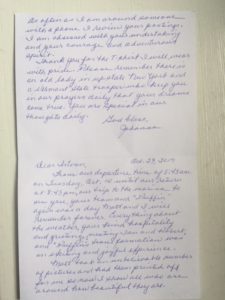 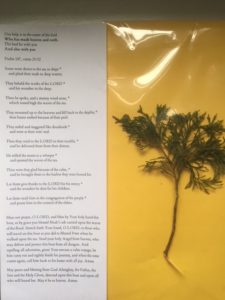