Don Casey has a chapter with this title in one of his books, This Old Boat, which has served as my bible in Puffin‘s restoration. But it somehow skips the most serious difficulty in the hose replacement, which is snaking the heavy, stiffly reinforced hoses through the labyrinth of an old full-keel sailboat’s bilges and furniture via sharp turns and pre-cut holes. Perhaps because this job was meant to be executed by at least 2 people. Well, I am already alone, and not even in the race yet… 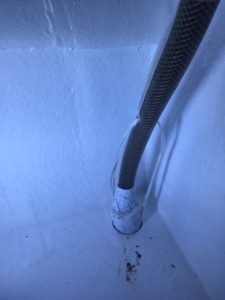 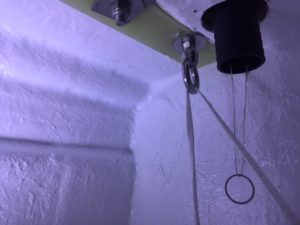 I created a temporary purchase to increase the pulling force… 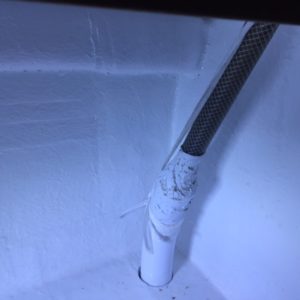 The sculpture of Laocoon, the Trojan priest killed with his sons by two sea serpents after warning the Trojans against the wooden horse, came into my mind frequently while I was wrestling the 1.5” (inside diameter) Trident and Shield marine hoses to get them into their place. By the way, I was envying the great artist for his talent being able to express the agony of the Trojan Father who fought primarily for his sons’ life against these bastards in a cultural masterpiece. 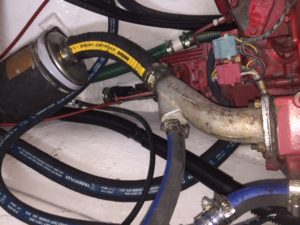 The engine room is the easy part of Puffin’s plumbing due to the easy access to push and pull, but still very confined 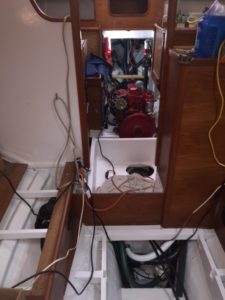 A better view of the engine room

Well, my marine hoses acted like Anacondas from the River Amazon, but not being gifted artistically, my refuge was often heavy cursing. Luckily this happened mainly in Hungarian, causing less disturbance in my social environment.

So, what does the plumbing cover in Puffin? The most important and critical part of it is the connection to/from the seacocks, of course. All of the hull reinforcement I did would be for nothing if the through-hulls/seacocks and the connected hoses gave way to sea. And now I have even more than I did before, since I doubled the number of cockpit drains. 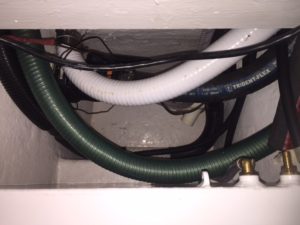 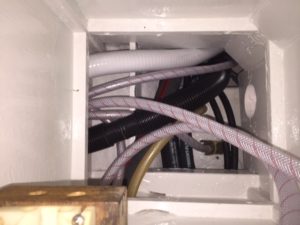 There is not much leeway here to save money; the USCG-approved marine hoses and fittings are expensive. And as so frequently before, I wasted my time contacting well-known manufacturers like Trident Marine for support. They did not even bother to respond. Jamestown Distributors and Lewis Marine have given me some break, but it’s still a lot of money, including the other necessary plumbing items: pumps, service kits, SS Marine hose clamps, connectors, adapters, elbows, etc. Just the engine itself needs water intake hoses, sea strainers, vacuum breakers, exhaust hoses, fuel lines in/return and vent… a 50’-long coil disappears quickly. 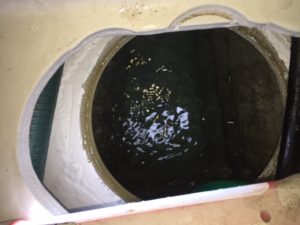 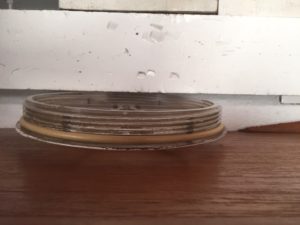 The new troublemaker is this inspection hole’s opening, which cannot seal properly now because the thread has deteriorated during its 3-decade lifespan 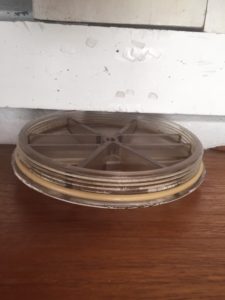 The rubber seal ring replacement did not stop the leaking 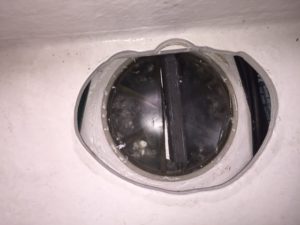 The radical solution was to caulk it with 3M 5200, which closes the inspection opening forever, unfortunately

In the freshwater system I have two tanks, which means double the quantity of hoses to the fill, pickup, and vent. I had to create a customized seawater system to save on freshwater during the nearly yearlong nonstop race. I led seawater to the head sink, the galley sink, and the cockpit for tropical showering or a rinse in case of a bloody fish catch. Creating the right packing order of the installation is crucial to avoid self trapping.

I had to come up with unique hose-feeding techniques due to my solo installation. I used old smaller, more flexible hoses as messenger lines that I attached to the new larger-diameter, stiffer hoses, and created a purchase system that I could activate with my legs while I was feeding the entry section with my hands. I thought I was a genius, but Glen, the Jack of all marine trades, cooled me down when he mentioned his secret weapon: the powerful come-along. 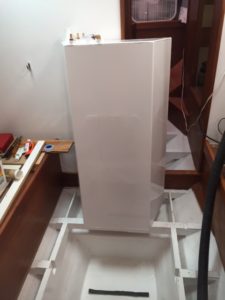 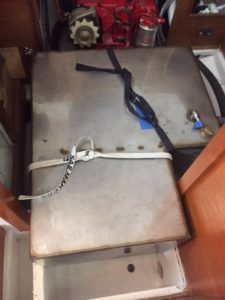 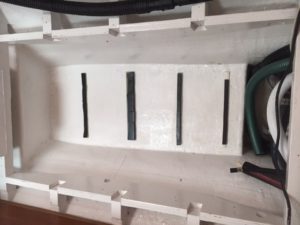 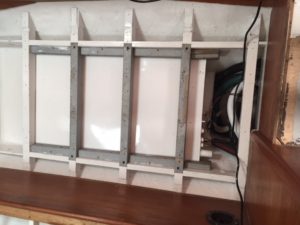 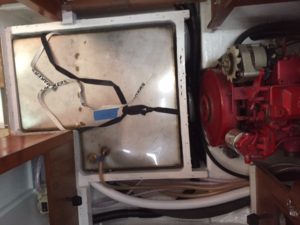 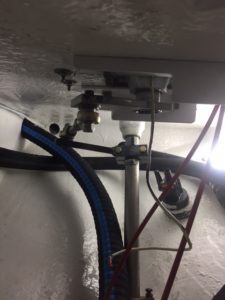 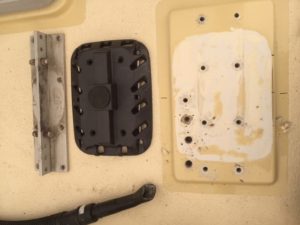 Plumbing does not exist without leaks, and I have had a lot. I had to rebuild almost all the foot pumps and replace the seals and gaskets in the head and sink drains, but the main leak that has been redirecting me from Puffin is our home’s major roof leak. Our roof in Florida is not old at all, but the roofer was seemingly a butcher because we have spent a significant amount in the last couple years on patching. But the recent torrential rains in Florida have forced us towards a plan of re-roofing.

Well, this was not in the plan, for sure…

What did Churchill say, if you are going through hell, keep going???