I have been working on Puffin’s race prep around the clock for almost three years now. It has taken far more time and labor than my first circumnavigator boatbuilding, because I have less money and professional help. I have not gotten the chance to step back and coordinate/supervise the boatbuilding from a managerial position, since I had to turn the wrenches mostly by myself. Consequently, I have caused more mistakes, and sometimes significant detours. Accordingly Puffin’s race prep is still not complete just a couple of weeks before her scheduled departure. 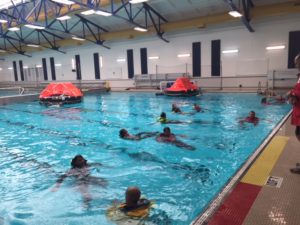 Obviously I cannot afford any downtime, but I got some a couple weeks ago thanks to a race-related requirement. I had to attend a two-day-long Safety at Sea Seminar in Annapolis, Maryland. I am a country boy and not a big fan of cities, but Annapolis is an exception, for sure. I explored the town during the Annapolis Boat Show in 1995, when even the fishing vessels temporarily gave up their docking space to accommodate the Show. Otherwise the fishermen were able to offload their daily catch downtown, just a few yards away from the fish market. This was a very attractive feature of the place, boosting the restaurant business and tourism. You could literally smell the sea in the heart of this charming town. 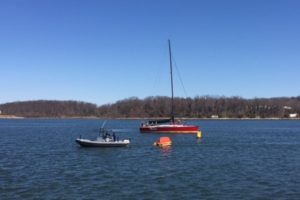 Annapolis was also the first capital of the United States in 1783, and is home to St. John’s (one of the oldest colleges in the country) in addition to the U.S. Naval Academy. I immediately fell in love with this place, and with some parental tricks I steered my daughters Annapolis-bound. I became a regular visitor the following decade because my older daughter graduated from St. John’s, and the younger one from the U.S. Naval Academy. Consequently, I collected very strong emotional memories during these years, since the very first major separation from my young children took place here. 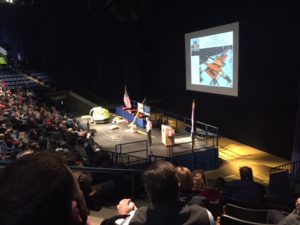 Needless to say, due to these previous attachments I was happy to return to the sailing capital of the East Coast, and arrived with a nostalgic preset mode. This time, I was not a visiting parent but instead an official attendant of a very well organized and executed Offshore Emergencies Seminar hosted by the U.S. Naval Academy. I have been in this business for a while, but this seminar still proved to be a worthwhile investment of both time and money, thanks to the course material and outstanding presenters. And the icing on the cake was the keynote speaker, Rich Wilson, the only two-time Vendée Globe sailor from the U.S., with the race number 37. What a coincidence…